You didn’t think there’d be a sequel, did you? Haha! Neither did I.

I ran this race (in early February) on a whim to keep my friend, Stephanie, company. Another friend of ours couldn’t do the run, so she pulled out. I said I would take the bib last minute and we transferred the registration to my name. But this process literally happened the day before the race.

The morning of the race, we picked up our bibs and I noticed it still had our friend’s name and information on it. So I let the staff know about the registration transfer and they just crossed off the old name and put mine next to it. Ok, cool.

After I finished the half marathon, I heard they were announcing some awards. I walked over to see what my time was and where I placed. I noticed my time was under our friend’s name and it showed I had placed 7th in the 25-29 age group. One of the event organizer’s came over and asked me to write all my information down for him and he would make sure to change it in their official results. Turned out they got all my information the day before but it was after they printed all the official paperwork out. No worries!

Well, I finally got around to checking the official results online last weekend and noticed that I placed 3rd in my age group (I’m a little older, in the 35-39 age group)! I was kind of stoked! I realized that I should have gotten one of the awards they were passing out. So, I contacted the event organizers and they sent me this lovely medal! 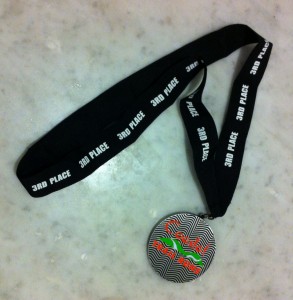 I have placed second in my age group in two other races before but failed to get my awards because I didn’t know until after I left the race. I never thought to contact them after to get it. No big deal though.

I was just appreciative that they sent the medal, since this was my first TRAIL half marathon. [insert happy face emoticon!]

This is what I have to say -

Super fun and I’d do it again! 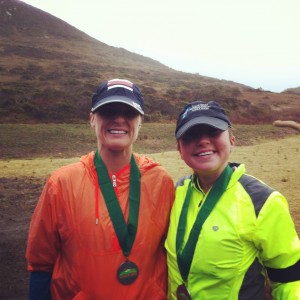 Me and Stephanie at the Finish 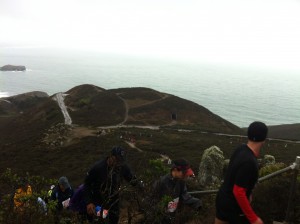 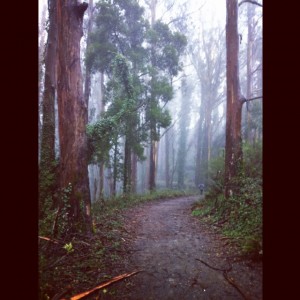 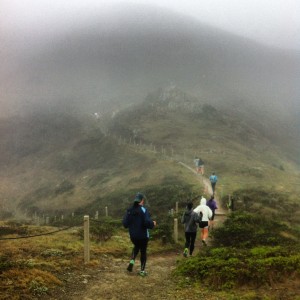