As I arrived home from Berlin, I basically had to dive into our zombie run planning with just a few weeks until the event date. We were really busy getting last minute things planned and dealt with. The run was on October 26th and everything went fairly well, except we had a much smaller attendance than last year. We really were stressed whether we were going to be in the “red” or break even. Luckily, we did barely break even and everyone had a good time. I’m no Race Director, but I guess I am a rookie event planner and we are still finding our way and learning things as we go. We worked our asses off promoting our event this year and we just couldn’t get the same numbers as last year, which meant we couldn’t give nearly as much back to our beneficiary, the Leukemia & Lymphoma Society, this year. I felt bad about this. We realized we were up against so many things: 1) Sacramento has been inundated with so many “fun runs” in 2013 that people can’t do them every single weekend. They have to pick and choose and spend their money wisely. 2) There were like five other runs or events on the same day as our event! But I had to remember, as long as people had a good time, then we did a good job.

After we were able to take a moment and breathe the day after the zombie run, Clint was back to the cancer center for round three of his chemotherapy treatment. Going through this with him has been hard for me too, but I am still getting in the time to run and go to the gym. I feel selfish about it at times but I know I feel better physically and mentally if I put in the small amount of time each day.

I am training for the CIM, California International Marathon, coming Sunday December 8th. This will be my sixth consecutive year running this race and I am excited about it. I kind of don’t want to break my streak of running it each year (we’ll see how many years I can keep this up). It’s in my backyard and it’s a special race to me. As of today, I am 2.5 weeks away from the race. It’s funny, because I probably shouldn’t run another marathon this year, but I won this entry (I like freebies and it’s my first paid entry!) and it’s great to have friends supporting me throughout the race and at the finish, which rarely happens when I go out of town for races. 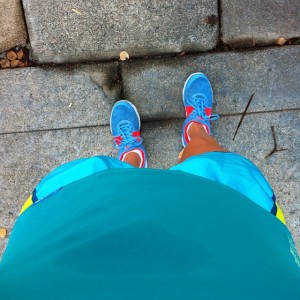 In the last couple weeks, Clint and I have been catching up on odds and ends and wrapping up things from the zombie run. He brought up “priorities” when we were talking about getting an oil change for my truck that was overdue. I kept forgetting to do it because of all the other little things we had going on. He made a comment about maybe not running my long run in the morning and getting the oil change done and then running later in the day. We kind of got in an argument about it. I got a little mad and defensive.

It’s not that I wasn’t making my oil change a priority, it’s just there are other important things going on and since I really don’t drive my truck that often, I wasn’t THAT worried about it. And really, running IS more of a priority to me! Ha! I’d rather run in the cooler weather in the morning that when it’s warmer in the afternoon or evening. And I’d rather start my day with exercise and feel good than stress about oil changes. Yeah, this argument probably sounds silly, and it is, but it just made me realize how much I do love running.

Everyday we have lists of things that need to be done – bills, calling so-and-so, going grocery shopping, researching something, taking dogs to the vet, doctor’s appointments, taking kids to school (if you have them), and the list goes on and on. But sometimes, there 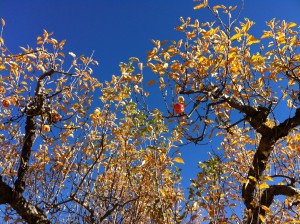 are certain things that are set priorities or that we MAKE a priority over other things. It doesn’t mean you push the other things to the side and don’t get them done. But if you want me to be happy, healthy, stay positive, laugh often, and just live a fun life, running is my outlet to maintaining this. It’s become a passion of mine. I’ve always exercised and have been active, but running continues to brighten my world in a lot of ways. Not only can I see the beautiful fall colors in the trees as I run by them, or smile as I run in the warm sun while listening to a song that touches my soul, but I can see other parts of the world that I have never seen before. I can create goals and come up with a new list of cities and countries I want to visit. This is also a priority…traveling the world. I can’t wait to see what happens in 2014.

Is running one of your priorities?