Tonight I attended the official pasta party for the Trinidad and Tobago International Marathon. Yes, it’s two days before the race for whatever reason. Here I also found out there’s only 200 marathon runners! Um, crazy. I’ve never run a race this small. I’ve also never run a race in this warm weather and now I know why it starts at 5am.

I got my bib, which is F-4, and found out from a local runner that not many females run this race. A lot more females run the half marathon, with a total of something like 3,000. So, again, I’m crazy.

We had been trying to figure out how I was going to get to the start with no rental car or how I could take public transportation. It was becoming complicated. But the race director told me I could hop on the “foreigner” shuttle bus at a hotel down the street and I’d be all good. Thank god! Because we thought I may have to catch a cab at 3am, in the middle of the night, by myself, which really didn’t seem safe to us.

A steel drum band played throughout dinner and the pasta was pretty good. Three types of pastas with sauces and bread and juices all provided by the Normandie Hotel.

While talking to a local Trinidad runner, Candace, I found out the roads are rough and traffic can get in the way too. Last year when she ran this race, a car cut her off and she was also chased by a dog. She told me to stay on the road and not run on the sidewalks as I could fall. I guess they can be slippery. And she said by 9am the sun is intense, so let’s hope I’m done by then.

Being such a small race, I was able to talk to the race directors at the dinner. How often does that happen? Francis told me about the course and gave me some tips, which was great. He told me I should be fine until about 1.5 hours in and then it may get tougher with the heat. He told me about specific mile markers and what I will see on the course. He asked if I was going to bring a camera and told me the last 250 meters of the race there’s an incline but just to sprint it out. And he said just smile!

I’m thinking this will be a nice change from running large, congested marathons, so I’ll take it! Now the warm weather, I’m not sure how I’ll feel on race day, so I think I’ll take it easy and keep my body hydrated as best as possible. I also hope to get a picture with the top male and female. I think with only 200 runners, there’s a good chance it will be easy to obtain. 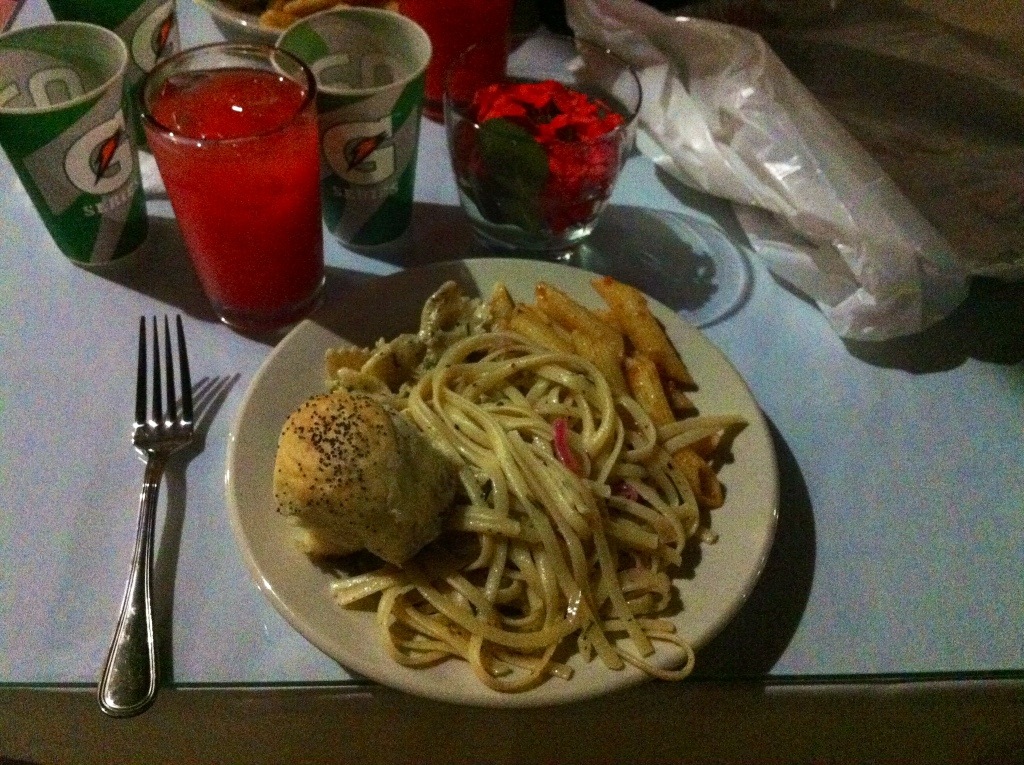